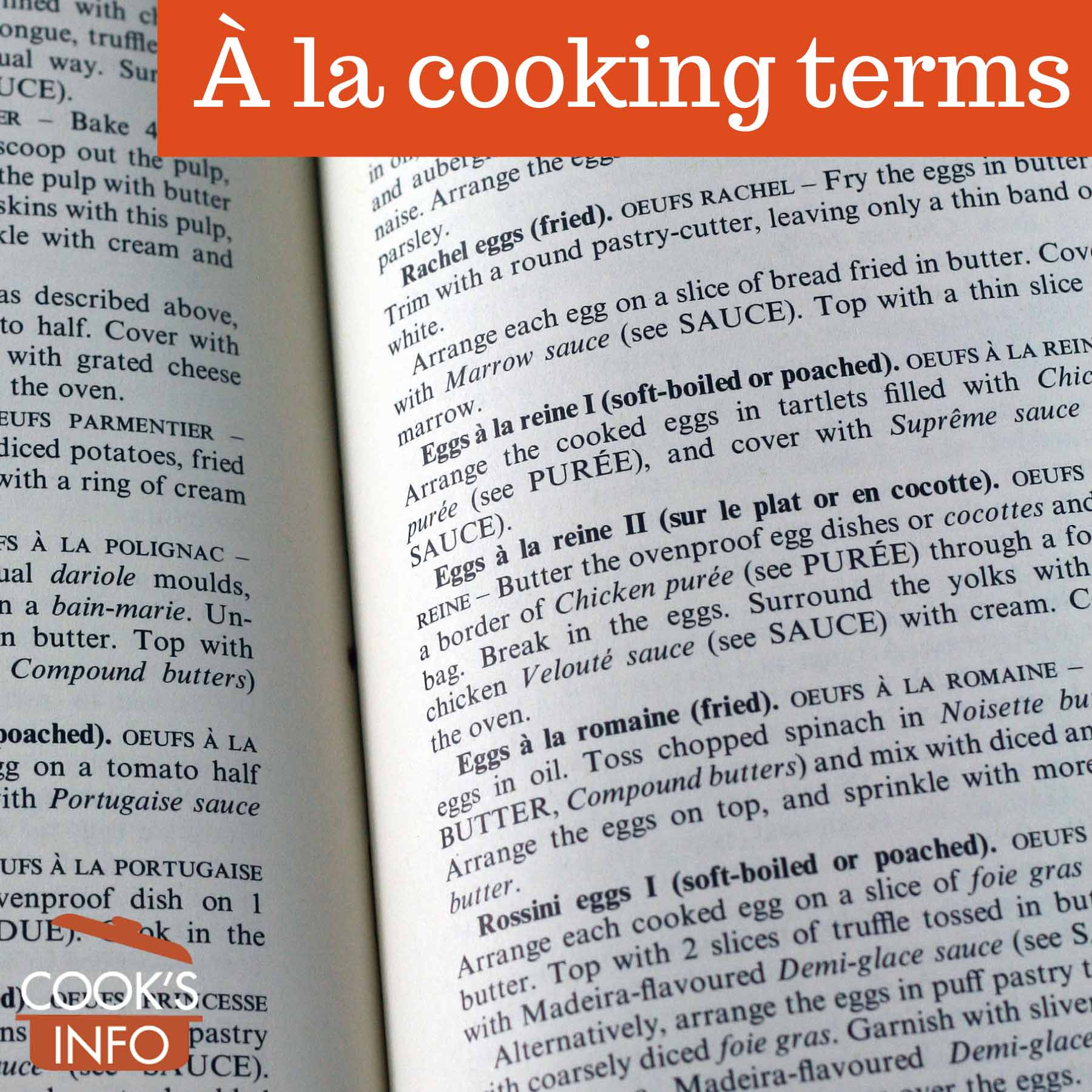 French cooking, Julia Child maintained, is the only Western cuisine that is highly codified.

Part of that codification is the extensive list of “À la” terms used in the French haute cuisine kitchen.

French “À la” and “au” terms represent an agreed-upon — and time-honoured — definition of either:

Some of the definitions, such as “au bleu”, date back to the 1650s. Chefs who know the terms know what they have to make, and how, and diners who know the terms know how their food is going to prepared, or what to expect on their plate. Thankfully, menus nowadays almost always spell this out anyway, because it’s almost impossible for anyone not in the classical cooking field to memorize all the terms.

Italian and Spanish cooking also use “a la” terms, though nowhere near to the extent, and rigidity, that French haute cuisine does.

Many of the “À la’s” are classified as garnishes. They’re not garnishes, though, in the category of some chopped chives sprinkled on top of your baked potato. Instead, they’re side accompaniments to the main item on your plate, and often quite substantial.

You can’t dissect too closely how many of the “À la” descriptions came to have their names. For instance, “À la Italienne” means “in the Italian style.” But which Italian style? Northern Italian where butter is used, or Tuscan where both butter and oil are used, or southern Italian, where only oil is used?

Basically, you have to ask yourself, what would the people who created and popularized this term have perceived, rightly or wrongly, as the general aspects of the cooking that was summed up in this particular style of cooking or presentation. The terms were often influenced by popular cultural perceptions of other cultures at the time.

Mostly, the terms only make sense if you know the history of the dish, or the cultural or geographical allusion that is being made.

This web site generates income from affiliated links and ads at no cost to you to fund continued research · Information on this site is Copyright © 2022· Feel free to cite correctly, but copying whole pages for your website is content theft and will be DCMA'd.
Tagged With: Garnishes